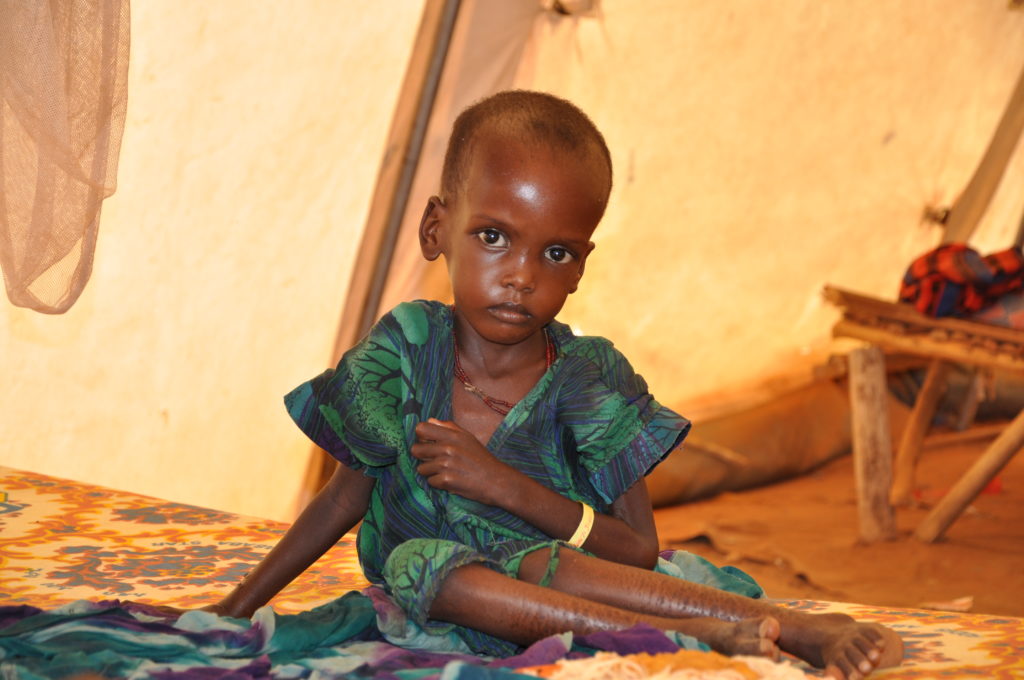 Yemen, South Sudan, Somalia and northeast Nigeria are currently facing what United Nations calls the ‘World’s Largest Humanitarian Crisis’ since its formation in 1945. With more than 20 million people on the brink of starvation, out of which 1.4 million are children, Africa is battling with one of the most horrid and catastrophic famines of its times. In the words of Stephen Rothwell O’Brien, the United Nations Under-Secretary-General for Humanitarian Affairs and Emergency Relief Coordinator, “Now, more than 20 million people across four countries face starvation and famine. Without collective and coordinated global efforts, people will simply starve to death. Many more will suffer and from disease.”

In Somalia over 6 million people are in need of food and water and that, mind you, is more than half of their entire population. According to the UN conditions are no better in the other three countries too, where numerous people have died of malnutrition and millions of others continue to suffer.

So what’s causing the famine? According to some, this crisis stems from conflicts that include the civil war in Yemen and clashes with Boko Haram in Nigeria. Climate change is also being blamed for further deteriorating the situation.

Can The Crisis Be Averted?

Yes, but the world has only about three to four months to do so. To help South Sudan, Somalia, Nigeria and Yemen, the UN had asked for $4.4 Billion by the end of March, barely 10% of which it has raised so far. The US, despite being one of  the world’s top emergency donors and giving the World Food Program $2 billion last year, has unfortunately donated only a mere $277 million to the four countries this year due to the proposal of foreign aid cuts by President Trump.

How Can I Help?

Children are starving and are in desperate need of support. You can help by signing the Global Citizen petition or by donating here: UN Office for the Coordination of Humanitarian Affairs (Ocha), Care, Oxfam, British Red Cross, Cafod, Tearfund, Christian Aid, World Vision, WFP, Unicef